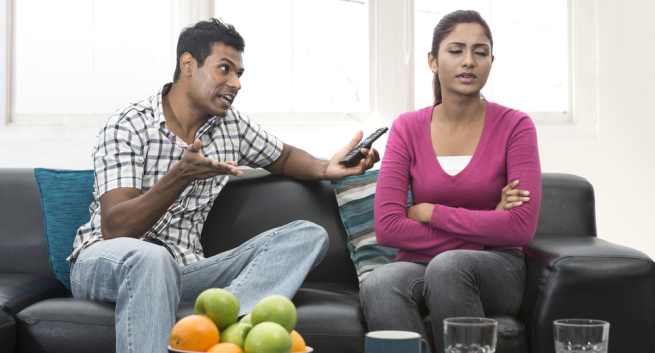 How to Deal With Criticism

How to Deal With Criticism (Without Being Defensive)

If you’re feeling like your partner is constantly telling you what you’re doing wrong no matter what you do, it’s important to figure out how to respond. You don’t want to waste time having the same argument over and over. If the person who is criticizing you is willing to look at their own behavior, you might find a diplomatic way to show them this article:  How to Stop Arguing: A Formula that Really Works! I walk you through how to bring something up in a non-critical way.

The good news is that even if you’re talking to someone who is not willing to try to change their behavior, there are things YOU can do to avoid the criticism escalating into a fight.

It’s Your Job Not to Be Defensive, Even When You’re Being Attacked or Criticized

It might not seem fair that you have to change your behavior when you’re the one being attacked, but the reality is that Defensiveness is just as damaging to a conversation and even to the health of a relationship as Criticism. In fact we know from John Gottman’s Research that it is one for the 4 major predictors of divorce.

The good news is that responding to criticism non-defensively is a teachable skill.  You can learn how to stop being defensive and this article will walk you through it. By the way, if you’re sitting here thinking, “I’m not defensive”, you might be right in which case this article might not apply to you, but there’s also a possibility that you’re having a defensive thought 🙂

It’s not your fault; you can blame your ancestors. Self-defense is a form of anti-predator adaptation, and it determines whether or not a species survives the process of natural selection. It’s an extraordinary thing.

Can you see a caterpillar camouflaged on the leaf?  Look closely!

Self-defense is a mechanism for survival, yet communication experts advise against it. Why should you stop being defensive and suppress an evolutionary instinct?

Because no one is trying to kill you!

When we feel attacked (not only physically, but also verbally or emotionally) the human brain sends danger signals throughout our bodies. Thousands of years of natural selection have reinforced self-defense (the apes that didn’t defend themselves died; therefore, our genetic makeup comes from those who did defend themselves).

According to Dr. John Gottman’s research, which allows him to predict divorce with 82-92% accuracy, all negative communication is not created equally.  A similarity he noticed in all couples who separated were communication patterns he named “The Four Horsemen of the Apocalypse”.

The four horsemen are Criticism, Defensiveness, Contempt and Stonewalling.  He and his wife, Dr. Julie Schwartz Gottman crated a method of couples therapy in whihc the therapist teaches the couple the “antidotes” to these four horsemen, and today we will discuss the antidote to defensiveness.

Of the four horsemen, Defensiveness is one of the hardest communication patterns to recognize as destructive because it often seems very benign.  By recognizing the damange and learning how to stop being defensive, you increase the chances of remaining happily partnered.

What is Defensiveness and how does it happen?

Similar to a caterpillar’s camoflauge, humans tend to verbally self-defend when feeling criticized.  The pattern progresses like this:

1.Feedback is given (usually with positive intention) -> “You know I love you, babe, but this lasagna tastes horrible!”

2. Feedback feels critical and triggers self-defense ->”I was able to put this together in the 15 minutes between a conference call with my boss and picking Joey up from soccer, it’s pretty amazing I was even able to get any kind of dinner on the table.  Did you know most families eat fast food every single night!?!”

3.  Response triggers counter-defense -> “Sheesh, why do you have to be so sensitive?  All I’m saying is you left the lasagna in the oven too long!  Besides, where did you get that statistic, all the families I know made a point to sit down and have dinner together.

4.  Both parties feel unjustly accused and are working to prove their innocence.  (I’m just a leaf, sitting here minding my own business…)

There will always be times when someone gives you feedback in a critical manner.  By following the five steps below, you can avoid a defensive response, and decrease the likelihood of an escalation into an argument.

1. Listen to the truth within the criticism.

It’s helpful to remember that no one is perfect and neither partner in a relationship is completely innocent. Therefore, when your partner criticizes you, there is something important he or she is trying to tell you. Even if you feel like  your personality is being attacked, look for the kernel of truth within your partner’s statement.

You know you burnt the lasagna, and you want your partner to be more understanding of how hard it is to get a home-made dinner on the table in the midst of a busy life. Nonetheless, it is true that you lost track of time.

2. Reach beyond the negativity and attempt to give the benefit of the doubt

While I really didn’t need to hear how bad the lasagna tasted, perhaps my partner was really looking forward to a wonderful meal with me and this might simply be about the burnt lasagna, not about me.

3. Validate your partner’s perception (even if you disagree)

Everyone wants to feel heard. Think of being a child. How did it make you feel when adults told you to “just get over it” or that your feelings were wrong? When people feel dismissed, they are less likely to open up the next time. Instead of feeling close to their partners, they begin to feel estranged. This is why defensiveness can be so damaging to relationships.

4. Tell your partner what you agree with.

After going through this silent redirection of your thinking, verbally take responsibility for your contribution to the problem.

This serves multiple purposes. By repeating something your partner said, you let them know you were listening. And by agreeing with them on at least part of their complaint, you validate their feelings without judgment.

5. Bring up your difference of opinion last.

We are not suggesting that you take the blame for everything that is brough up, it is simply a matter of sequence.

After you’ve accepted accountability for your role in what happened, your partner will likely be more open to hearing and validating your perception of events.  Waiting to go last also gives you the opportunity to cool down some and avoid that knee-jerk, defensive reaction.

“It’s really hard to get a nice dinner on the table every night, we’ll need to figure out a better way to manage these busy evenings.”

This formula to stop being defensive will also work with topics much more sensitive than burnt dinner, but more time and energy will need to be put into the validation part of the process.  If it is an ongoing pattern you might want to consider learning more.

Are You and Experiential Learner? Check Out Our New Online School – Relationship Academy

We are pleased to announce that we have launched an online school offering skills training courses. You can choose from a variety of courses, including a FREE Empathy Training Mini Audio Course.

My Communication Skill Training Course goes into a lot more depth about how communication patters work and it will walk you through practice exercises and skills to deepen your skills.

Would You Rather Just Do a Bit More Reading First?

Learn how to start a conversation in a non-critical manner: softened startup method.